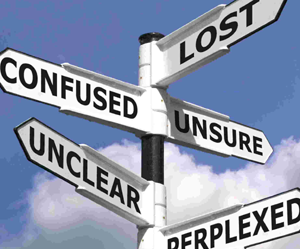 What is A.A.? We sometimes hear people say that they had a drinking problem, went to A.A., but that A.A. was not able to help them. If you ask them to explain what they mean -- most often, they will have a pretty fuzzy explanation. A famous U.S. President, when pressed with a seemingly important question, once said "Well. It depends on what is -- is." :-)

Alcoholics Anonymous is a Book

It's a textbook: The primary purpose of the book is to provide instructions and directions that can be used to achieve and maintain sobriety in such a way that the alcoholic can experience peace of mind and serenity -- being comfortable, without drinking.

The secondary purpose of the book -- which falls in line with the primary purpose -- is to show alcoholics (who get sober by using the directions in the book) how to help other alcoholics achieve sobriety.

One of the tenants of belief in this book is the concept of one alcoholic helping another alcoholic to recover -- is what will insure their own sobriety and recovery.

Recovery takes place as a result of an alcoholic following the directions in the book -- which will take the alcoholic through the AA 12 Steps of Recovery -- and enable them to discover a Power Greater than Their Self -- that can and will do for them -- what they have been powerless and unable to do for themselves -- and to assist them to help other alcoholics to recover (which is a requirement for recovery).

Alcoholics Anonymous is a Fellowship

Alcoholics Anonymous is also a Fellowship of men and women who share their experience, strength, and hope with each other that they may solve their common problem and help others to recover from alcoholism.

The only requirement for membership in the Alcoholics Anonymous Fellowship is a desire to stop drinking. There are no dues or fees for AA membership; we are self supporting through our own contributions.

The Fellowship typically has meetings once or twice a week. In large cities with high populations -- there may be several meetings each day, where members can gather.

At OPEN AA MEETINGS speakers tell how they drank, how they discovered A.A., and how its program has helped them. Members may bring relatives or friends, and usually anyone interested in A.A. is also welcome to attend OPEN AA MEETINGS." And, CLOSED AA MEETINGS are for alcoholics only. These are often group discussions or literature studies type meetings. At CLOSED AA MEETINGS A.A.s can get help with personal problems in staying sober and in everyday living.

Some other A.A.s can explain how they have already handled the same problems — often by using one or more of the Twelve Steps.

The men and women in A.A. are of all races and nationalities, all religions and no religion at all. They are rich and poor and just average. They work at all occupations, as lawyers and housewives, teachers and truck drivers, doctors and waitresses, professionals and laborers, and members of the clergy, and sometimes even political leaders.

As it is often said, "we are a group of people that would not normally mix" -- yet, they do -- and for the most part, they seem to enjoy the mix!

Alcoholics Anonymous is a Philosophy

Much of the philosophy concerns moral and ethical principles which center around, or are extracted from spiritual principles -- that have been practiced by various religious for thousands of years. For example, the Golden Rule, of doing unto others as you would like them to do unto you. Or, using giving rather than receiving as a guiding principle in life. It's a philosophy of having a primary and definite purpose in life -- and living up to that purpose.

Alcoholics Anonymous is a Way of Life

Besides using the spiritual principles of the 12 Steps as a Design for Living -- AA's believe in having fun with their sobriety! Enjoying life. And, they often get together for social events with others that are focused on the AA way of Life.

The have Conventions, round-ups, dances, parties, camp outs, sports games and athletics, anniversary and birthday celebrations -- and the list goes on!

Sober alcoholics -- AA's, will always be looking for any reason they can come up with to gather together for fun, laughter, fellowship, and support for each other.

Typically, they work hard and they play hard! And, when they're not working they're playing! Often, kind of like little children -- in grown up bodies -- looking for something to do with their friends (Other AA's).

Alcoholics Anonymous is an Organization

Back in time -- when the Fellowship was still in it's infancy -- a couple of the Founding members believed that it would be a good idea to form a more organized Service Structure -- to help carry the message of Alcoholics Anonymous, to suffering alcoholics all over the world.

There was also a tremendous fear -- that AA would end up destroying itself, or fall by the wayside and disappear -- as has happened to many other wonderful ideas, concepts and organizations have, over the course of time.

The Service and Operating Structure of the Primary Organization, which today is called Alcoholics Anonymous World Services, or AAWS, for short -- is still primarily guided and directed by AA members, from local Groups, who have decided that Structured Service is their calling and duty and responsibility. (An idea that is not shared by all AA's).

To learn more about AAWS, and how the organization is structured, or for additional information and literature, please visit the AAWS website at www.aa.org .

The Service and Operating Structure of the Primary Organization, which today is called Alcoholics Anonymous World Services, or AAWS, for short -- is still primarily guided and directed by AA members, from local Groups, who have decided that Structured Service is their calling and duty and responsibility. (An idea that is not shared by all AA's).