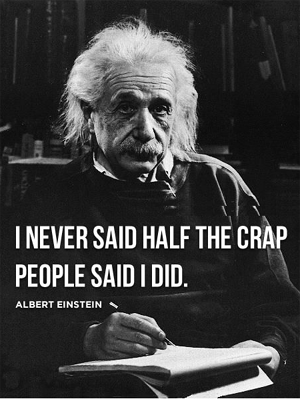 We sit around in meetings emphasizing the importance of a complete and perfect First Step – and it’s Step One – that is one of the most misquoted Steps of the 12 Steps. The word "AND" is NOT in Step One.

Why is it important about A.A.'s Step 1, gets misquoted? Bill W., A.A.'s Co-Founder, wrote in the book 12 Steps and 12 Traditions, that Step 1 is the only Step that we can take perfectly. And, without taking Step 1 perfectly -- all the other 11 Steps and our sobriety will come tumbling down!.

Step 1 is "We admitted we were powerless over alcohol (DASH) that our lives had become unmanageable."

Contrary to what is popularly quoted – and, I believe it’s fuel that feeds the resistance and confusion about Step One – Step 1 is NOT a "two part" Step.

Step One is an admission of alcoholism. (See page 30 of the Big Book).

It is an acknowledgement that we have become convinced in our inner-most selves that we are alcoholics.

I made the error, also – thinking that "Step One is a two part Step." And, it isn’t.

When I read the descriptions of "what an alcoholic is" in the Big Book – I have yet to find any reference that "and an unmanageable life" has anything to do – with whether or not a person is alcoholic or non-alcoholic. It just isn’t there.

As a matter of fact -- the Dr.'s Opinion, clarifies this where it is written:

For me – when I was new in A.A., part of the reason I was confused and could not become convinced that I was alcoholic – was because I was not convinced that "my life was unmanageable" – like I was hearing about it in A.A. meetings.

Therefore, I concluded that "if my life is not unmanageable – then, I must NOT be an alcoholic."

So... what did I do? I continued drinking and letting my life get progressively more screwed up, and allowing my alcoholism to progress without treating it – until I could say "my life is unmanageable."

Why is this important?

If we, in AA are not trying to "help RAISE the bottom" for new members -- all we will have done was to keep the doors open for those who reach the utterly bottomless depth of pitiful and incomrehensible demoralization -- that many of us experienced.

Had I known "what" an alcoholic was -- I could have easily observed that I had become alcoholic in my early teens.

Here are a few reasons that I believe it's important:

What about all the teen alcoholics out in the world today? Do we want to at least attempt to reach them early? Or, assist them to continue to the gates of insanity and death -- before they can become "convinced" that they are already alcoholic?

Do you see how the sentence would be confusing, incorrect, and wouldn't make sense.

In our English language, when a hyphen (dash) is NOT used to break up a word, it is used to connect a thought or phrase.

A dash is the mark or sign ( — ) used to note an abrupt break or pause in a sentence or hesitation in an utterance, to begin and end a parenthetic word, phrase, or clause, to indicate the omission of letters or words, to divide a line, to substitute for certain uses of the colon, and to separate any of various elements of a sentence or series of sentences, as a question from its answer.

A punctuation mark ( — ) used to indicate a sudden break in thought, to set off parenthetical material, or to take the place of such expressions as that is and namely: "He's running for reelection — if he lives until then" ; "Very few people in this class — three, to be exact — have completed their projects" ; "She joined the chorus for only one reason — she loves to sing." In the last example, where the parenthetical material comes at the end of the sentence rather than in the middle, a colon could be used instead of the dash.

Step One: "We admitted we were powerless over alcohol – that our lives had become unmanageable."

If I were to paraphrase Step One, as it is written, using the dash as a concluding thought, rather than an "and" — I could say "I admitted that I am powerless over staying sober — because I can not manage to leave alcohol entirely alone."

Or — "We admitted that we were powerless over alcohol – alone, we could not manage to leave alcohol entirely alone." :-)

The insanity of the first drink. The obsession that prevents us from leaving alcohol alone – while we are entirely sober!

This, then means — that "my life had become unmanageable" – regardless if I was drinking or sober — because I cannot manage to leave alcohol entirely alone.

We know from the Doctor’s Opinion, and from our own experience – that it is not safe for us alcoholics to use alcohol in any form at all.

If it is unsafe for us to use alcohol in any form at all, and we cannot manage to leave alcohol entirely alone – we are powerless over drinking alcohol. Simple. Complete. No argument.

Those thoughts are more in line with our Big Book’s description of the alcoholic in Chapter Three More about alcoholism and in Chapter Four, We Agnostics.

THE STEPS BY THE BOOK

Handouts from "12 Step Workshop" with Dallas B. Copies available at www.Step12.com 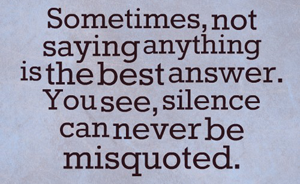